Before there was Banksy, Shepard Fairey, Puff Daddy, Little Kim etc, there was Rammellzee — a multitalented sculptor, costume designer, hip-hop legend and graffiti artist. A master of his own existence, he created some of the most original and groundbreaking art and music, liberating a chain reaction and profound cultural influence lasting well past his untimely death in 2010. He was 49 years old. No one knows how he died. His real name remains unknown. Friends and family refuse to disclose such details. Rammellzee would have wanted it that way they say. He rarely emerged from the Battle Station (his Tribeca studio loft) without dressing in his self-designed masks and costumes. He legally changed his name to Rammellzee written RAMM:ΣLL:ZΣΣ  For years, it was nearly impossible to view his art. Invites to his studio were rare. Which is why I didn’t want to miss the chance to view an incredible exhibit of his work when it finally arrived at the Red Bull Music Festival in New York this year. 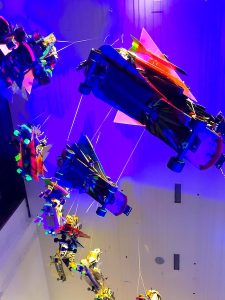 Rammellzee was not a name, it was an equation derived from RAM plus M for Magnitude, Sigma (Σ) the first summation operator, first L – longitude, second L – latitude, Z – z-bar, Σ, Σ – summation. He subscribed to a dual belief system known as Gothic Futurism and Ikonoklast Panzerism, wherein a world in which Roman letters would arm and liberate themselves, at the artist’s command, from the power structures of European language. 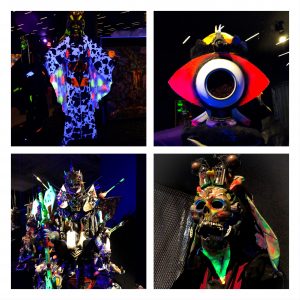 Rammellzee created a complex manifesto one part of which described language as an act of violence. “The Romans stole the alphabeta system from the Greeks through war,” explains Rammellzee. “Then, in medieval times, monks ornamented letters to hide their meaning from the people. Now, the letter is armored against further manipulation.” By deconstructing modern letters from the alphabet into wildstyle symbols and science-fiction space-ship designs, they can be liberated from the tyranny of language. Once liberated, they can then be weaponised against further manipulation through the style Rammellzee called Ikonoklast Panzerism. 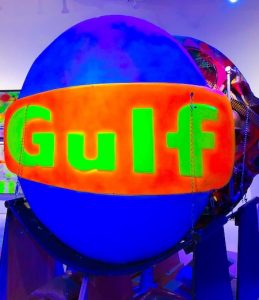 If you love great bread, then you need to read this.